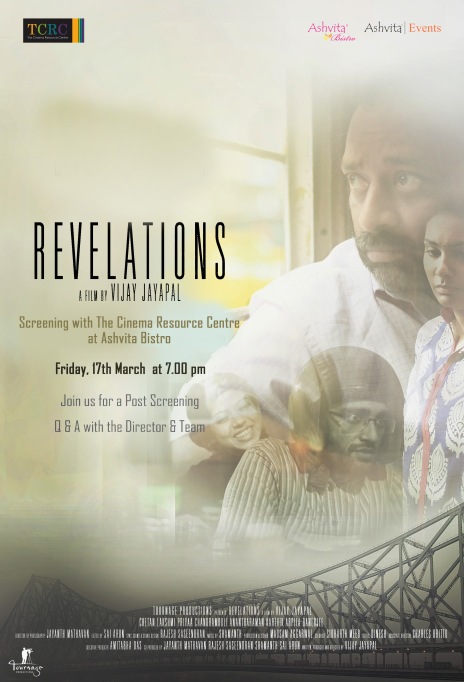 The Cinema Resource Centre in association with Ashvita Events is having a special screening of the critically acclaimed film Revelations at Ashvita Bistro on 17th of March at 7:00PM.  There will be a discussion with the director and his team post the screening.

The film is about a young Tamil woman, grappling with unknown tensions in
her four year long marriage, develops a complex relationship with her new neighbor, a middle-aged man, who has a mysterious past of his own. This relationship soon begins to
unravel many secrets, which change their lives forever.Set in the fascinating city of Kolkata, the film tries to explore themes such as guilt, redemption and female sexuality in the context of an Indian marriage.