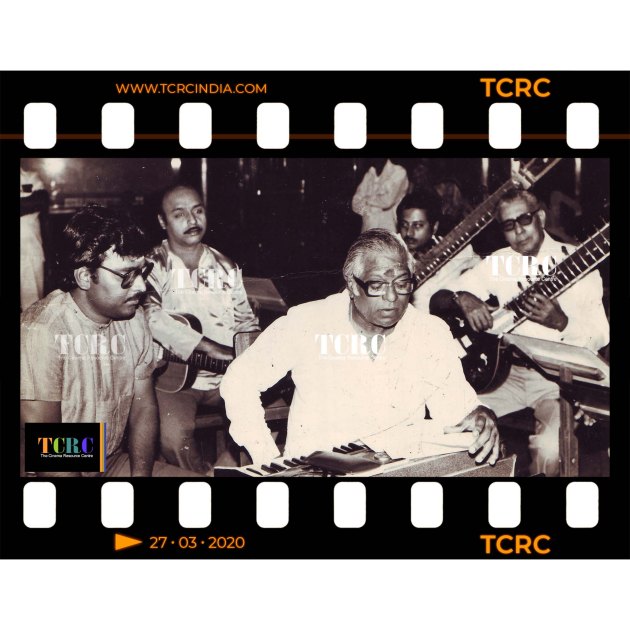 Director Bhagyaraj and Music director M.S. Viswanathan (left and middle of the photo respectively) in the process of composing a song.

Bhagyaraj and M.S. Viswanathan had great success while collaborating with each other. Their second association Antha 7 Natkal was a great hit and was very well received by the public. It was remade into Telugu as Radha Kalyanam  (1981) in Hindi as Woh Saat Din (1983), and in Kannada as Love Maadi Nodu (1989). It was Bhagyaraj’s 6th venture as a director and his biggest commercial hit when it was released, and was later surpassed by his Munthanai Mudichu. It was also his 2nd association with music legend M.S. Viswanathan after his 2nd film Oru Kai Osai. The film is believed to be inspired by the real life story of J.P. Chandrababu. Bhagyaraj started his career as the assistant director for Barathiraja’s debut film 16 Vayathinile (1977), and wrote his first screenplay for Sigappu Rojakkal (1978). He also played a cameo in the film.