National award winning director Manohar, discusses his short film ‘Post man’ during the Shamiana short film screening with TCRC hosted by Ashvita Bistro. The film maker brings to light the issues he faced during the making of his debut film, how the film finally proved to be commercially viable and much more.

TCRC is bringing the popular documentary ‘Amma and Appa’ to Chennai on the 23rd of August 2015, Sunday at Ashvita Bistro, Alwarpet. This will be the first time that the film will be screened in Tamil Nadu. The film is in Tamil and German with subtitles in English. The film makers will be present for an interaction with the audience after the screening.

Amma & Appa (Tamil for Mother & Father) tells the story of film makers Franziska’s  and Jay’s parents. It is about their first meeting and of them getting acquainted. Both couples are about the same age and both have been married for more than thirty years. But they come from very different cultural backgrounds. Franziska’s live in the south of Germany, Jay’s parents in the south of India. They now come together because their children have fallen in love with each other and have decided to get married. For Franziska’s  parents it will be the first time they visit India and for Jay’s parents it will be the first time they receive foreigners as guests. While Franziska’s parents married out of love, the marriage of Jay’s parents was traditionally arranged. It was thus a great shock for them to learn that their son wanted to marry by his own choice. And what is more: A girl from Germany. His decision challenges their traditions and beliefs.

Against this backdrop the film unfolds its story. It tells the story of two cultures coming together and raises the universal questions what makes it all work- love, affection and living together. The film makers, as a young couple, want to know the recipe for a successful relationship from their parents and aim to find out with their  observation of the interaction of their parents toward and with each other.

Here is the trailer of the film:

A few weeks ago we had come across a very informative documentary on the legendary cinematographer Mr.VK Murthy. We would like to share this documentary to honour this great artist who passed away today. Indian Cinema would forever be grateful for his his path breaking contributions.

This post would not be complete if we do not share the haunting song from Kagaz ke phool. Teaming up with Guru Dutt, this film is probably one of his all time best works.His use of light and shadow is totally spellbinding.

On February 13th 2014 we lost a man who has changed the language of Indian Cinema. Born Balanathan Benjamin Mahendran, Balu Mahendra started out as a cinematographer after graduating from the Film and Television Institute of India, Pune. He created a visual revolution with his unique style of cinematography. As a director, Balu Mahendra created a new wave in South Indian cinema by making films close to reality and handling them with sensitiveness that no other filmmakers could at that time. Handling the camera for every film that he directed added an element of poetry in every frame.

Here is an article by Kamal Hassan celebrating this great auteur’s life. http://www.thehindubusinessline.com/opinion/kamal-haasans-tribute-to-balu-mahendra/article5688417.ece

We, at TCRC will like to pay our tribute by highlighting the many ‘firsts’ that Balu Mahendra was associated with:

Kokila – Balu Mahendra debuts as a director. See a trailer of this path breaking film.

Mullum Malarum – Balu Mahendra handle’s the camera for yet another great film maker, Mahendran. Here is a very popular song from this film.

Sadma – Balu Mahendra’s first Hindi film which was the remake of his own super hit Tamil film Moondram Pirai. See the heart wrenching climax of this film which is still talked about even today.

Thalaimuraigal – Released on December 20 2013, this was the last film directed by the stalwart. It was, at the same time, the first  film that he completely shot in digital and also the first time he faced the camera by playing one of the lead characters. By playing the grandfather in the film it could have also probably been the first time that the world would have seen him without his trademark cap. Here is a trailer from of the film.

The Cinema Resource Centre would like to wish one of India’s finest cinematographers, Mr. P.C.Sreeram a very Happy Birthday. Here are some of songs that he has picturised over the years. 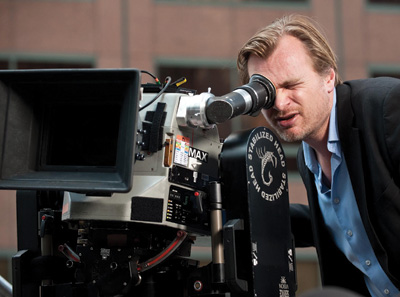 Last week, we at TCRC had posted Arul Mani’s review of Baradwaj Rangan’s “Conversations with Mani Ratnam” and had promised to bring you some behind-the-scenes photos of the Rajnikanth-Mammootty starrer “Thalapathi.” So, here we go.

Cinematographer Santosh Sivan with director Mani Ratnam on the sets of “Thalapathi.”

Rajnikanth in an action sequence from Mani Ratnam’s “Thalapathi.”