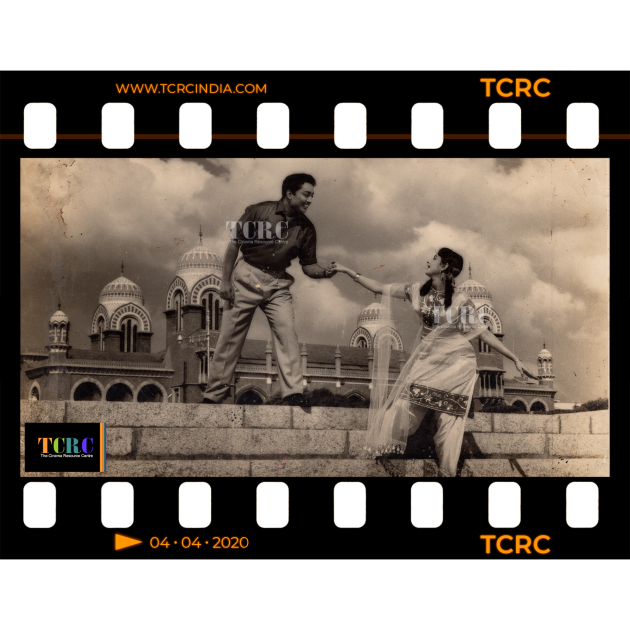 Still from the popular Sridhar-directed movie Kadhalikka Neramillai (1964) showing Muthuraman and Kanchana in the song Enna Parvai. This movie, which was remade in many languages, enjoyed great success and was a silver jubilee hit in Tamil.

Kadhalikka Neramillai (1964) was directed by C.V. Sridhar in association with his friend Chithralaya Gopu. Kadhalikka Neramillai attained cult status in Tamil cinema. It was also the first Eastman colour movie in Tamil. While the comedy track of ‘Oho Productions’ featuring Nagesh is considered to be one of Gopu’s masterpieces, the Balaiah-Nagesh scene is often considered to be legendary in Tamil cinema. The comedy duo Nagesh-Sachu paired up for the first time in this film. The comedy duo later went on to make many hit films together, including Motor Sundaram Pillai (1966), Galatta Kalyanam (1968), Sivandha Mann (1969) Sumathi En Sundari (1971) and Urimai Kural (1974).