Sanal Kumar Sasidharan is back in India after his glorious win of The Hivos Tiger Award at the International Film Festival of Rotterdam 2017 for his latest film Sexy Durga. The director of Oraalppokkam and Ozhivudivasathe Kali takes time to interact with us at The Cinema Resource Centre (TCRC). 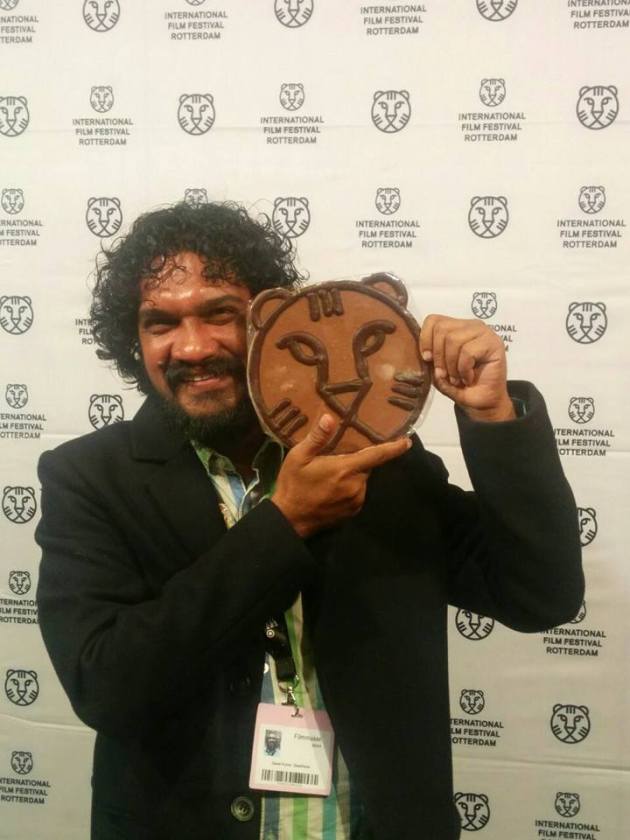 Firstly, congratulations on this wonderful win! Was this kind of international recognition something that you had expected for Sexy Durga?

Thank you. I never expect anything except a good movie, while making it. But once it is made in the way I want to make it, I don’t hesitate to dream about its success. For me, film is not a local art. It has universal readability, so I naturally dream of international success. A dream is an expectation too.

How important are film festivals and these recognitions for an independent film maker?

Independent film makers are really very fragile in many respects. We have no stars, no money, no market and no popularity gimmicks. We have only a few openings through which we hope to reach audiences. One of the most important openings is film festivals. Film festivals play a great roles in bringing art house movies and indie film makers to the limelight. They are also important as they serve as forums for serious discussions about such films.

Tell us more about Sexy Durga and the team behind it.

Sexy Durga is an art-house movie that has many layers to it. It is very simple, yet complex. There is no ‘story’ in it. But you can attribute one to it though your experience of the movie.

Prathap Joseph, the cameraman did a good job with the many difficult camera movements the movie demanded. Murukan was the Art director, Harikumar Madhavan Nair was the sound recordist, and music was by Basil CJ.  Editing was done by me. Murukan and Basil CJ have been working with me since my first film.

For the role of ‘Durga’  I wanted an actress who was fearless about using her body and was comfortable with her physicality. Rajshree Deshpande seemed the perfect fit for the part., and was sold on our idea of her character and thus, became part of the movie.

How is Sexy Durga similar to and /or different from your earlier films?

Sexy Durga is totally different in approach and the making from my earlier films. But all the films are socially rooted in the Malayali psyche.

Sexy Durga had no storyline or script. Most of the portions of the film were shot in midnight, in available light. The tough decisions involved in the making of the film gives it a unique feel.

From a lawyer to a film maker. How did this journey and the discovery happen?

I really only wanted to become a film maker since my childhood. But my family had a problem with my dream of becoming a film maker. My father was dead against my desire to apply to a film institute. So I was thinking about ways to infiltrate the film industry through the back doors. I approached several directors to take me on as an assistant director. Nobody was willing because I had no one to recommend me. Then I thought that if I had a professional degree and the kind of dignity that comes from it, people may accept my passion. But I was wrong. After my Law degree, I was forced to remain a lawyer. But I dropped the profession and escaped. I formed a film society named Kazhcha Film Forum and started making short films. In between, I worked other jobs, some of which I don’t even remember properly. In 2013, I made my first feature Oraalppokkam, produced by Kazhcha Film Forum, and that was the turning point

What is your typical pre-production process for your films?

Actually my films are simple for me. I don’t like much production set-ups, technical extravaganza and too many big artists in my film. I always wanted to keep the freedom and possibility to evolve even at a later stage of making. I don’t even like a concrete scripting process. The main part of my pre-production is dreaming and meditation. I think about the making pattern a lot. I rethink and rethink and keep all the options open. It may have its own drawbacks but I love it. Identifying location is the most important thing for me. Once I find a comfortable location, I feel relaxed. Finding actors is the next important step for me. If both are properly and satisfactorily done, I am sure that my film is done.

How much do you depend on your actors to take a scene forward and to decide the pace of the film?

I depend upon my actors a lot. Actually, I love to play with them. I put them in the location and let them freely do something. I only casually explain to them, so they may not even get a clear idea of what I have told them. In fact, I don’t even ask if they understand properly. But I make sure that they clearly know the situation and the political emotion behind the scene they are about to enact. Then I retreat and become a spectator. I get ideas as I see them acting out the given situation. I just shape it with gentle suggestions. It is like watching the movie while making it. I have a feeling that without my actors actively and freely engaged in the making, I can’t make a film properly

What are the release plan for Sexy Durga, or is it too early to talk about it? You and your team behind Kazhcha Film Forum took independent cinema to the masses with the concept of Cinema Vandi. You think Sexy Durga will also soon travel in the Cinema Vandi?

Sexy Durga is travelling all around the world now. It has just started leaving its footprints. Let it travel and come back. We will talk about the Indian release only after the censor board approves it without much harm. I want to release ‘my’ film, not the censor board’s film. 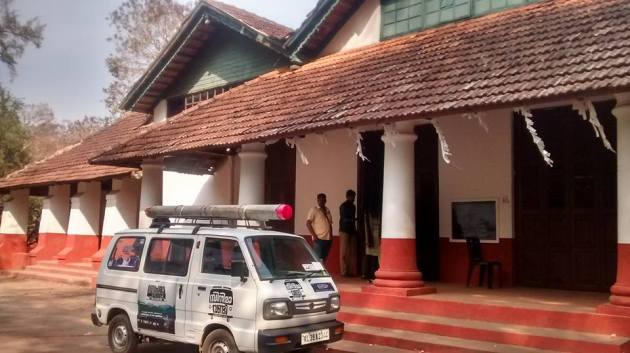 What is your take on independent cinema in India?

Indian independent cinema is establishing its presence very fast. The world has started recognizing it. As more and more people started thinking about this alternative space, more and more films will start coming out  soon. I hope that we have a bright future.

Thank you for talking with TCRC. Before we sign off please let us know your opinion about the importance of preserving and archiving cinema heritage.