The Forbes India magazine recently put out a list of the 25 greatest acting performances in Indian cinema, 8 of which are performances in Telugu, Kannada, Malayalam and Tamil films.  Now, here at TCRC, we are always a little wary of lists such as these, fully aware that it’s incredibly hard to pick just 8 or 10 performances from over thousands of films made in the southern part of the country across the span of almost a century. But since this list is a part of their ‘100 Years of Indian Cinema’ set of features, we felt compelled to share this. Given below is an excerpt from the piece (click here to check out the entire list):

JV Somayajulu
in Sankarabharanam (The Ornament of Shankara), 1980
JV Somayajulu, an IAS officer in his 50s, plays a Carnatic musician, misunderstood for supporting the daughter of a prostitute, ignored by a society where classical music is in decline, and is being overtaken by pop music. It was a surprise hit. It opened to empty seats, gathered speed and, today, enjoys a cult status. Somayajulu played his part with such dignity and intensity that you can’t listen to any of its hugely popular songs without imagining him performing them as his sadhana. 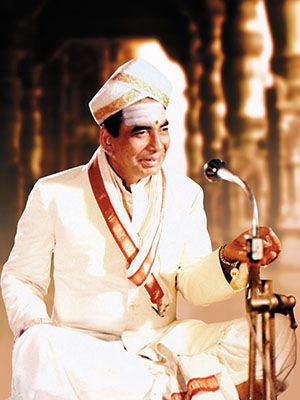 “Sankarabharanam” turned out to be a cult film as far as Telugu cinema was concerned, after getting off to a slow start in the box office. Directed by K Vishwanath, the film is remembered for its music, scored by KV Mahadevan. The film was shot by cinematographer-turned-director Balu Mahendra, who later made “Moondram Pirai” with Kamal Hassan and Sridevi (“Sadma” in Hindi). The director of “Sankarabharanam,” K Vishwanath, went on to narrate yet another story revolving around an art form (classical dance) in “Saagara Sangamam” (“Salangai Oli” in Tamil). The film featured Kamal Hassan and Jayaprada in career-defining roles and like “Sankarabharanam,” it is said to be a musical success, with tunes composed by Ilaiyaraaja.