Vintage & classic cars are the cherished dreams of car enthusiasts & collectors worldwide, but have been routinely dubbed as ‘ottai’ car in the average common man’s lingo, where the Tamil word ‘ottai’ refers to a ramshackle one. As such we have not given enough attention to those timeless beauties, which had featured in our own old films, though they roamed the streets of this planet with great name & fame, at some points in time.

Who can forget those cute Mini Coopers that appeared in ‘The Italian Job’?

As for Indian films, there are no catalogued sources of supply of old cars to films as Props. Therefore, the supply sources must be from various sources that are often gray.

The following 1958 Model Chevrolet Impala Convertible featured in the film ‘Karagattakaran’ along with the team of Kaundamani & Ramarajan. 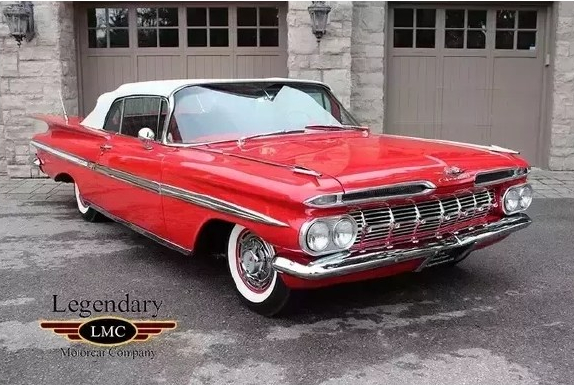 The Dodge Kingsway which appeared in the Malayalam Movie ‘in Ghost House Inn” (2010).

The following stills from Kamal Hassan’s ‘Hey Ram’ feature two of the exotic cars of yester years used in that period movie. 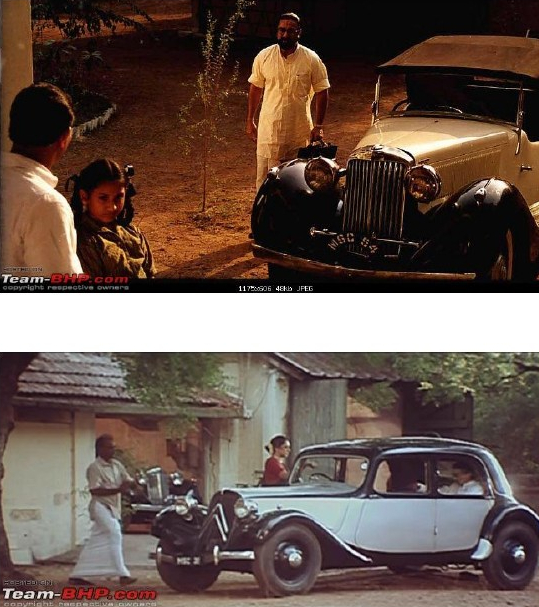 A Ford Super Deluxe Model of the Forties featured in Tamil movie ‘Paiyya’. 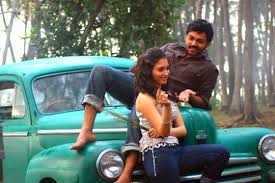 The viewing of any old film that features cars gives us a peek of some of the lovely classic vintage beauties that the automobile world have had. Whether it is the Hero flaunting his car to his lady love or a group of spoiled brats roaming in a classic car or it is a hot chase scene or even a emotion filled scene with a car part of the scene, the Dodges, Desotos, Camaros, Plymouths, Pontiacs, Impalas, Studebakers, Oldsmobiles, Fords, Hillmans, Chevrolets, Morris Minors, Austins & Vauxhalls have had omnipresence on our silver screens.

Here is a scene from Sabapathy (1941), where T.R.Ramachandran rode a Morris 8 Cabriolet along with his consort, T.R.Padma, who was then the Brand Ambassador for Lux Beauty Soap, singing “Kadhal Vegam”.

Those days filming a moving car posed a lot of technical difficulties. As such, some long shots were used of the car in motion inter-cut with tight close ups of the artistes seated in the car. Some close ups of the car with the actors involved a stationery car being shaken manually as the actor in driver’s seat turned the steering wheel, while the back projection of trees moving in reverse direction added to reality.

Taking a romantic drive with a song, ‘Jagamathil inbam’ on their lips are T.R.Mahalingam & S.Varalakshmi in the movie ‘Mohana Sundaram’ (1951).

In the off screen song sequence from the movie ‘Yaar paiyan’ (1957), a emotion choked Gemini Ganesan transports the young Daisy Irani in his classic Fiat to abandon the child, despite his mind calling his action grossly unfair.

The romance was in the air as Gemini Ganesan drove this beautiful Buick with his consort Savithri on the winding roads of a Hill Station in the film ‘Pasa malar’ (1961).

Now, let us Look at Sivaji Ganesan & friends expressing their ‘vagabondism’ in ‘Nichaya Thamboolam’ (1962) in the song ‘Andavan Padachan’ as they move about in their limousine.

In another boy meets girl episode, Muthuraman & Kanchana sing & dance in the then pristine Marina of the sixties from the iconic comedy film ‘Kathalikka naeramillai’ (1964). In this duet melody, ‘Enna parvai unthan parvai’, the pair drive off in a ship long luxury car, which once belonged to Padma Sri. Jothi Venkatachalam.

In the same movie, in a chivalrous situation in the song “Unga ponnana kaigal punnagalama’, Ravichandran teases the sisters Kanchana & Rajasree as he helps them inflate their the tyres of their Standard Herald car, before driving away in his Austin.

An Ad for Motor Sundaram from Naradar dated 15.11.1965 PC: From the archives of TCRC

In the comedy film ‘Sadhu Mirandal’ (1966), Comedian Nagesh drove, as a Taxi Driver character, a 1947 Model Chevy Fleetmaster throughout the movie. Such cars were running in the streets of Madras till the sixties, as a left over legacy of British Raj. Those days, in the front parking bay of Madras Central Station you could witness a sea of such huge imported cars, bearing yellow & black colours. 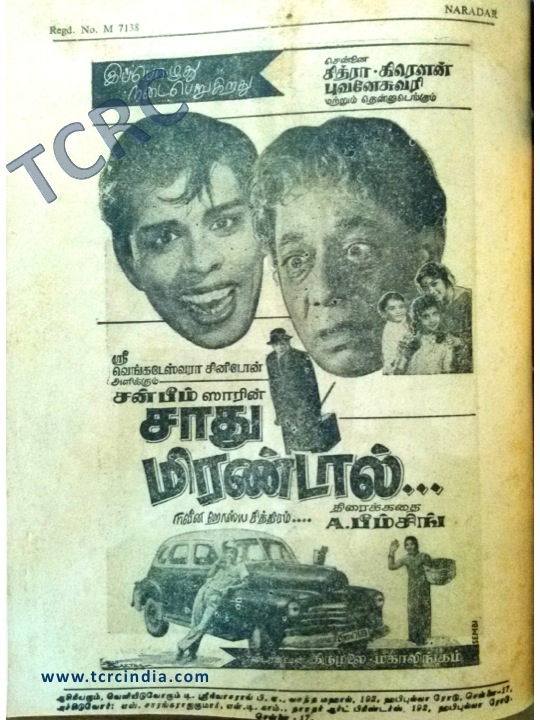 Sivaji Ganesan takes his wards on a city tour in his jalopy in the film ‘Enga Mama’  (1970)  with a song ‘Nan thannam thani kattu raja’.

Contrast to the old techniques of filming car sequences, today the technology of lighting & camera has so much become advanced that filming the interior of a moving vehicle is relatively a cake walk. The following still shows the filming of car scenes in ‘Pannaiyarum Padminiyum’ 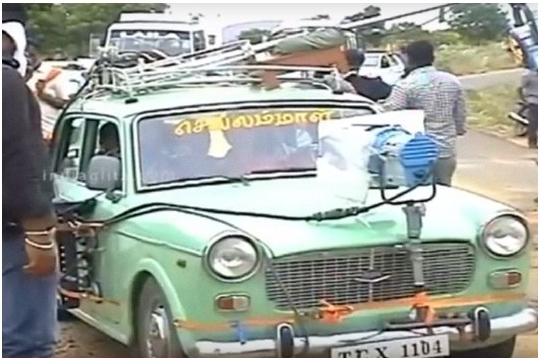 The modern filming techniques of a car involve strapping the cinematographer in front of the moving vehicle as he operates his camera gliding on a railing back & forth from the bonnet side to side door windows.

In India, private owners parade classic cars in rallies conducted locally. Otherwise certain private collectors from the super rich and erstwhile royal families have them. However, the authentic supply of classic cars in India is not known by any documented & reliable source.

It is not as if we are in a country like Cuba where one could take a step back into automotive time, as Havana is rife with classic cars moving about its streets, literally, making Cuba a rolling car museum, thanks to the four-decade-long grudge the late Fidel Castro held against the United States, placing a ban on foreign vehicle imports.

As such the films do appease the vintage auto lovers by featuring them now & then in their productions.